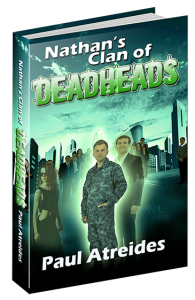 Nathan has been dead for years. Sort of. After a bizarre accident, Nathan discovers a way to inhabit the bodies of the living and shares the secret with others. Just when he finds the love and family he’s been searching for during his long, long existence, the World Council of Keepers decides to impose those oh-so-pesky rules. Can a ghost from the hills of West Virginia outwit the World Council?

Amazon 5-stars: “Nathan is a great addition. I can only hope there will be additional “generations” to come.” – Ellen Radcliff

Amazon 5-stars: “…Nathan’s character was crafted right down to the way he spoke, his actions, and his quirks, regardless of what body he was in. Atreides is a master at this.” – Sparks 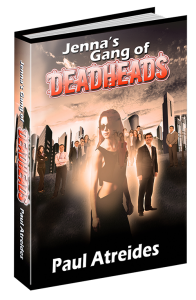 Jenna’s cold feet at her impending nuptials are only part of the problem. It appears she has trouble abiding by those pesky rules of the afterlife, too. Ignoring all warnings about interfering with the living world, Jenna resumes her work with victims of abuse. If she can’t convince the World Council of Keepers that killing a young man was an accident, she could end up deader than dead.

With the help of deadheads old and new, a plan is hatched to defend her actions. But, will Jenna survive and get married? Or, will the Council halt her deader in her tracks?

“What a delightful book to read!” – LizaJane Chronicles 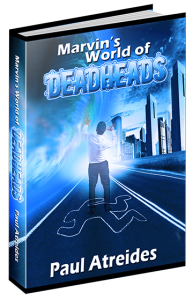 When Marvin Broudstein meets an early demise, he assumes that’s it, he’s just…dead. But he soon discovers death is a little more complicated than he thought. As he tries to learn the ropes of this strange new existence, thoughts of his fiancée, Jenna Wilson, drive him to distraction. He blames her for his untimely death, but misses her so much he wants to kill her. Unfortunately, some pesky rules still apply when your dead, and he’s faced with a grueling choice: Let her live, or face a gruesome eternity.

PW Select, a quarterly of Publisher’s Weekly called it “…a humorous romp through the afterlife.”